Our Lady of Vocations Blesses the SSPX Seminaries

“Each vocation has an infinite value,” said Father Pagliarani, Superior General of the SSPX, during the interview he granted to DICI on October 11, 2020. “A vocation is undeniably the most precious grace that the Good Lord can do for a soul and for His Church,” he continued.

It is therefore with the greatest joy, and immense gratitude towards God, that the seminaries of the Society of Saint Pius X have welcomed, one after another, the many young men who have come knocking on their doors, choosing to renounce the world in order to attach themselves with all their soul to Our Lord Jesus Christ.

This year, the figures for those entering are very encouraging:

- at the Seminary of the Sacred Heart of Jesus in Zaitzkofen, Germany: 11 seminarians (5 Germans, 2 Hungarians, 1 Belarusian, 1 Lebanese-Canadian, 1 Polish, 1 Swiss) and 1 Polish postulant-brother;

- at the Saint-Thomas-Aquinas seminary in Dillwyn, Virginia, in the United States: 19 seminarians in the 1st year (15 Americans, 1 French, 1 German, 1 Canadian, 1 Irish), who took the cassock on October 7, and 32 young men in the humanities year (28 Americans, 3 Canadians, 1 Singaporean).

To these autumn entries, we can add those that took place in the southern hemisphere last March:

- at the Our Lady Coredemptrix Seminary in La Reja, Argentina: 6 seminarians in the 1st year (3 Argentines, 2 Nicaraguans, 1 Mexican), and 12 young men in the humanities year (4 Brazilians, 4 Mexicans, 2 Argentines, 1 Nicaraguan, 1 Chilean), as well as 2 postulant-brothers (1 Argentinian, 1 Mexican);

So, this brings to a total of 61 the number of seminarians entering the first year for this 2020 year, which marks the fiftieth anniversary of the SSPX.

“A seminary is the holiest place that can be imagined or found on earth,” continued the Superior General in the interview cited above. The Holy Ghost continues to work there as in the Cenacle, to transform the souls of candidates for the priesthood and make them apostles.”

May Our Lady of the Clergy grant these young men all the graces necessary for their perseverance. And let us ask her to always arouse more vocations for the needs of her Church. 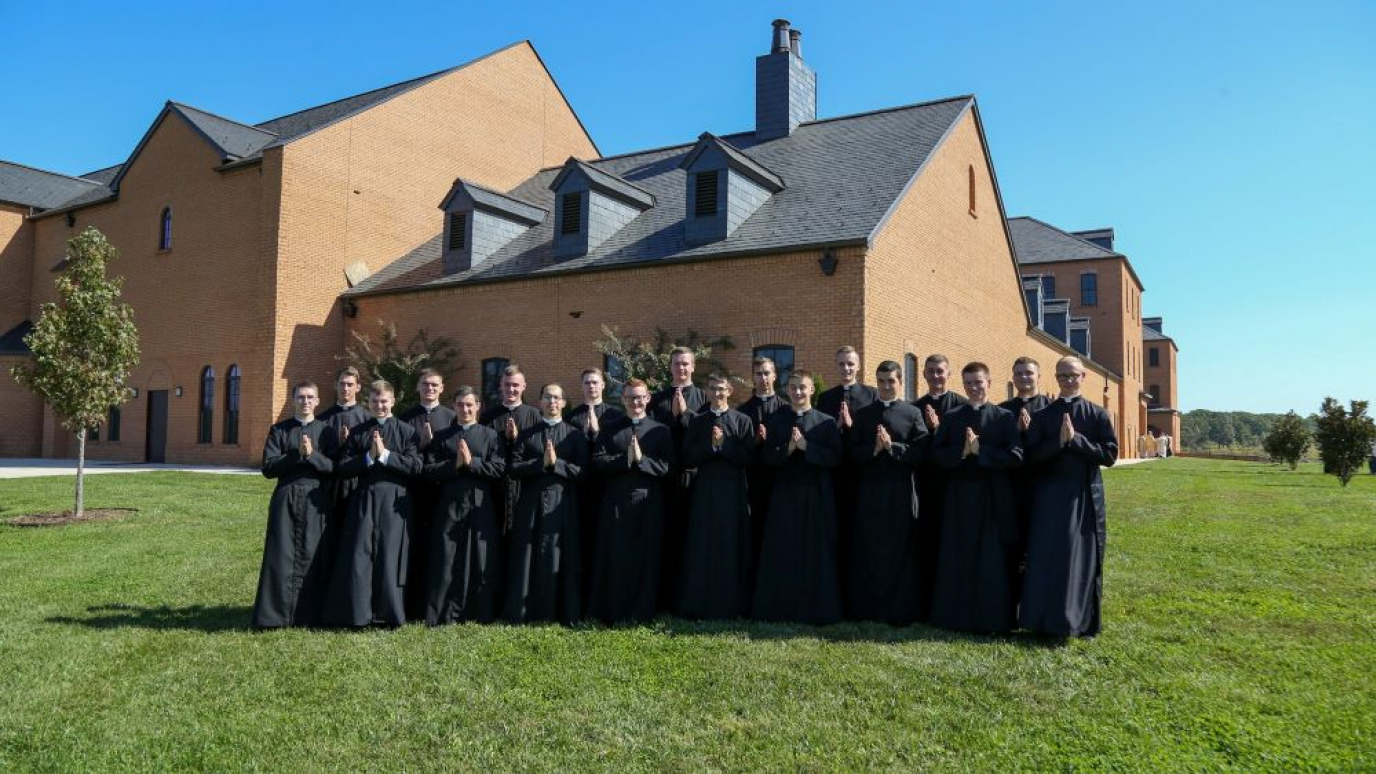