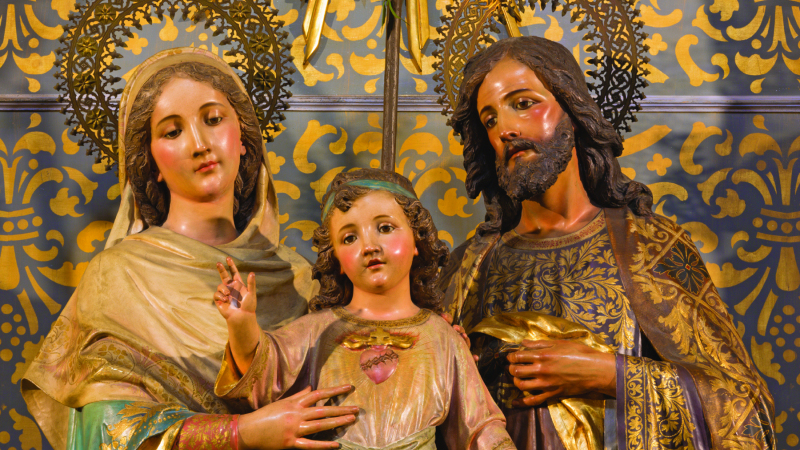 A full issue devoted to "The Domestic Church," which is more commonly known as the Catholic Family. Articles include studies on gender theory, St. Augustine's misspent youth, and the importance of fatherhood.

When the enemy army is besieging a city, the first thing the defenders need to protect are the outside walls, and when these fall, then the bastions and if these give way, one takes refuge into the citadel. And as long as the citadel is standing, however much they have accomplished, the enemies cannot be said to be masters of the place.

Is anything safe anymore? Is the purity of the Gospel still found anywhere? These are valid questions and we, little flock and inheritance of Archbishop Lefebvre, would be bold to pretend to be the only and ultimate solution. Yet, though unworthy holders of “the traditions of our fore-fathers,” it is our privilege and pride to bring up high and strong the unchangeable principles of faith and morals. These have been the foundations of Christianity which have brought about the conversion of the pagan world of Rome. They have blossomed into the wonderful flowers of sanctity and art and doctrine of the high Middle Ages. These have been maintained despite the rough crises of the Renaissance and Protestantism, by the multiplication of the religious orders and genuine saints faithful to the Church of All Times.

May this humble effort of rediscovering the Christian principles of the family, which we love to call the Domestic church, prove useful to many a reader.