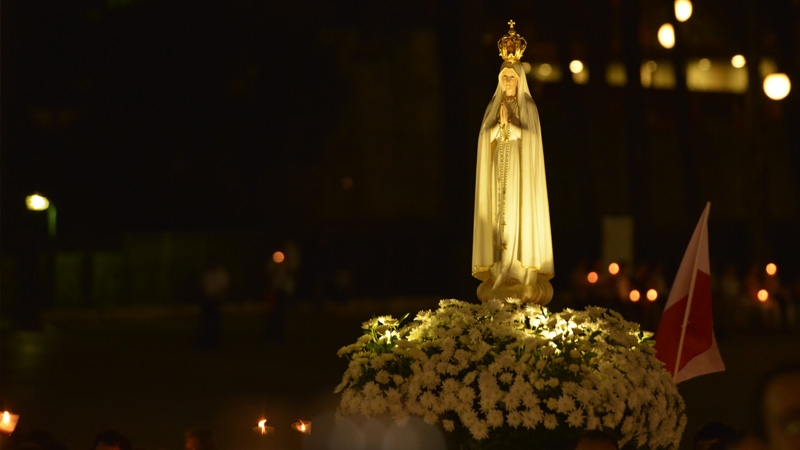 Lourdes, La Salette, Fatima, Akita. Such names resound deeply in the souls of many good Christians today. There has been a recrudescence of interest in the 19th and 20th century apparitions ever since the turning point of Vatican II. Why is this? People readily invoke the lack of spirituality coming from modern pulpits and ever-changing ceremonies. The normal channels of grace and doctrine suffer from on-going paralysis or are given a charismatic twist. Left thirsty for the divine, spiritual and miraculous, many people have gone to the desert to feed on what manna they could find.

Archbishop Lefebvre was very much aware of it but he was not totally at ease with such enthusiasm. How often did he not complain of the fever of “apparitionitis”! Being the missionary that he was, he made sure that his hearers were given sound doctrine and solid moral principles. With all this, they would be able to withstand the heat or cold of the spiritual desert around them.

Almost weekly, some seer was sending him encouragement, warning or advice for his future projects. And, invariably, his answer was that he was following divine Providence and God would let him know the way through the proper channels. “Test the spirits” was certainly his motto when it came to preternatural revelations or miraculous events. As a Church prelate and judge appointed by God over the flock, he could not afford naïvete in accepting messages of a private nature at face value.

The greater the stakes and the seriousness of the message, the more cautious and thorough should the inquiry of the legitimate authorities be. And, so long as both the local and Roman authorities are limping in bringing up a proper judgment on the latest message of the latest seer, it may be a wise method to take things with some reserve and a grain of salt which was taught to us by the example of our dear Founder.

In this issue, old as well as recent Marian apparitions will unfold their secrets under your eyes including Our Lady of Good Success, Medjugorje and La Salette. Each of which raised much interest, caution and certainly some questions along the way. They are speaking for themselves along with various artistic tokens of love for God’s mother. As you are reading these stories, our greatest hope is that they will help you to learn and appreciate the mind of the Church on Marian apparitions. She always needs to test the spirits and apply the principles of discernment to the matter at hand. This is probably the best way to serve Our Blessed Mother and defend her inexpugnable privileges.