The Angelus - Winter 2018: America before the Puritans 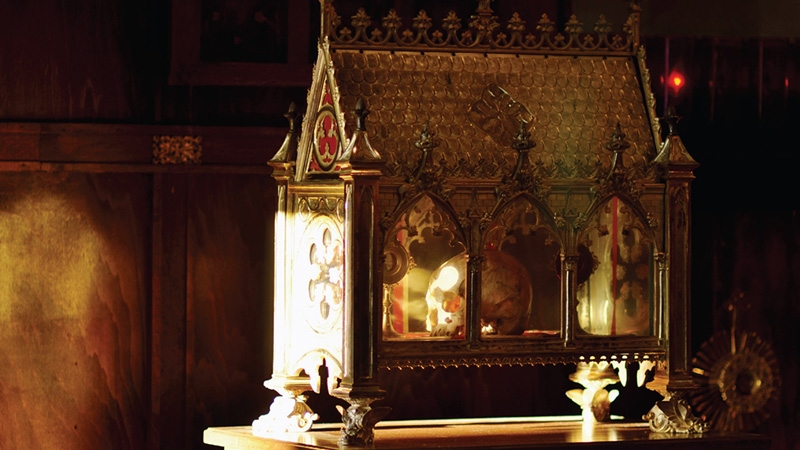 The present issue of The Angelus covers some of the most epic history of this country, with its woes and glorious moments of the pre-Puritan era.

The Mayflower’s landing in North America marked the arrival of the Puritan heresy in a country largely closed off to civilization and religion. The religious beliefs of Puritans went hand in hand with the hope of settling a messianic kingdom on earth. And so, after leaving a hostile England, they were eager to conquer, by might and main, a land where they would settle and prosper. And, soon enough, the Indian war would prove to be the political facet of the more profound spiritual struggle between truth and error.

It is commonly taught that the territory which is presently the United States saw the dawn of civilization with the first wave of Puritans landing in the Boston harbor. This facile history however is passing over some really heroic and poignant missionary activities from literally all four corners of the country. Between the French settlements, from Canada to Louisiana via the Great Lakes, and the Spaniards, from settling the South from Florida to California, the United States was the stage for relentless efforts to learn the language and habits of the Native Americans so as to better teach them Heaven’s message and save their souls.

The present issue of The Angelus covers some of the most epic history of this country, with its woes and glorious moments of the pre-Puritan era. It illustrates vividly the statement of Pius XII that

The preachers of the Gospel are using their talents and energy to extend the Kingdom of Christ; but there are other preachers who, since they profess ma-terialism and reject all hope of eternal happiness, are trying to drag men down to an abject condition.

In the 21st century, we are currently witnessing former European Catholic bastions fast sinking into post-Christian nations and missionary lands, with the enemy in its very veins. Yet, the same phenomenon is certainly gaining speed in the American soil. And this is another reason for all our readers to help this missionary movement as if the survival and revival of Catholicism depended on it.

Let me simply conclude this appeal with the final words of Pius XII:

There seems to be nothing more apt than the dogma of the “Communion of Saints” for bringing home to the people the utility and importance of the missions. With all the more reason, then, does the Catholic Church, most loving mother of all men, call on all her children to be zealous in helping these intrepid missionaries by their offerings, by prayer and by fostering missionary vocations.