February 2020 - District Superior's Letter: They have not crowned Him 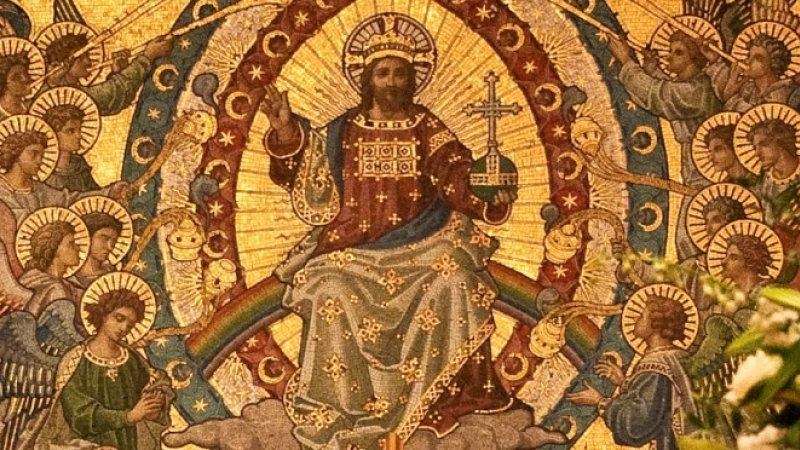 They have not crowned Him

One of the main battles of Archbishop Lefebvre was the social Kingship of Christ and he exposed this in his book, They have Uncrowned Him.  Based on the teaching of the Popes, he shows that one of the main errors of the enemies of the Church that has sadly been accepted at Vatican II, was the separation of Church and State. It is the worst social effect of what is called “liberalism”.  In Quebec, it has another name, it is called the Quiet Revolution.

It is easy to understand that it is wrong for a politician to be Catholic at home but not Catholic in his office. One has to be logical. You cannot be against abortion in your private life and be for it in your public life. That is a mark of liberalism, described as something highly incoherent, double faced.

It is wrong then for the State, as Leo XIII says in his encyclical Immortale Dei, and Pius XI in Quas Primas, to refuse to recognize the true religion and the Kingship of Our Lord Jesus Christ. But liberalism can also work in the opposite direction.  It would be a kind of liberalism for us, Catholics, to refuse to get involved in politics, to be content with our daily Catholic life, our little world, and not get involved, according to our duty of state and our responsibilities, in the social life of our nation.  We say in our private life, Thy Kingdom come, but in our public life, we do nothing to make that Kingdom come. That too is illogical, incoherent. Behaving in this way, we refuse to crown Our Lord Jesus Christ, to make Him reign in the public sphere. In Pius XI’s prayer to Christ the King, we say: “I promise, according to my means, to work for the triumph of the rights of God and of His Church.” Indeed, this must be at home and in all the social fields available to each one of us.

As an appendix to this monthly letter, we have put together some texts of Archbishop Lefebvre taken from various sermons of the last 15 years of his life. He fought against the perfidious error which spread among Church men, who claim that States have to be without religion.  This is what Cardinal Ratzinger used to call an “autonomous social space.” In other words, it means that politicians would not be bound by the Ten Commandments, by the obligation to honor publicly Our Lord Jesus Christ. For this reason, they have removed the following stanza from the hymn of the feast of Christ the King in the reformed liturgy: “May the rulers of the world publicly honour and extol Thee; may teachers and judges reverence Thee; may the laws express Thine order and the arts reflect Thy beauty”. Archbishop Lefebvre also strongly reminded all the faithful not to bury the talents they had received and to get actively involved in public functions, including politics, in order to make Our Lord Jesus Christ reign. The extracts of the sermons of September 23, 1979 and of October 30, 1988, which follow this letter, make this point very clear.

Where are we to start? Our Lord often cured the bodies as a steppingstone to cure the souls. The Natural Law is clearly a prerequisite for the whole of the Catholic religion. At the present time, when we look around us at those who are successfully working to turn the liberal tide around – look at Poland, Hungary, and in the USA – the first political battlefield is obviously the pro-life battle, the battle to save the children, the family, the elderly.

Man wants to be like God, wants to change the order, the laws of creation. The pro-life fight is truly a pro-God fight, or as St Pius X wrote in his first encyclical, it is “the party of God”, it is a fight to restore the rights of God overshadowed by human rights. That is an ideal way to start the restoration of all things in Christ.

It is important to see the big picture because we can easily be discouraged by the power of the enemies of the Church - be they free-masons, communists or Muslim – and, as a result, we can lose faith in the omnipotence of God. “Fear not, little flock! I have overcome the world.” “All power is given to Me in Heaven and on earth.”  “All power”, He said. That means that evil will never have the last word, that God is so powerful that He can draw good out of this modern evil world, out of the crisis of the Church.

One of these goods is to rouse us up from our apathy, because, as it is said, “the only thing required for evil to triumph is the inaction of honest people”. How many times have hidden heroes, ordinary men and women, stepped up in time of war or calamity? We are in such a time, and we do need heroes.

Let us look for any opportunity to help the pro-life movement, especially when there is a possibility to gain ground in the political domain in order to turn the unnatural tide sweeping through our country, “a mari usque ad mare”. It is a sad fact that Canada has tragically become one of the most anti-life countries in the world.

We can never say that a conversion is impossible. Everyone can be converted. From being a fierce persecutor of the early Church, Saul became St Paul, the Apostle of Gentiles. After the war, Pope Pius XII converted a Jewish Rabbi; one of his Monsignors converted the head of the German Gestapo in Rome; the recent movie Unplanned recalls the conversion of the manager of an abortion clinic not just to the pro-life cause but eventually to Catholicism as well. The Catholic Church is the only institution that is 100% pro-life, and when a non-Catholic pro-lifer is truly logical, he will eventually be led by the grace of God to enter the Catholic Church.

Let us be logical. Let us be Catholic not just at home and but also our civil and professional functions. Let us work towards the coming of the kingdom of Our Lord Jesus Christ by getting involved, even politically, when an opportunity is offered to us, when Providence opens unexpected doors. The pro-life fight is one of these.

Yours truly at the service of Christ the King of His Immaculate Mother, our Queen.

News from the District.

On February 2, a Canadian seminarian will be receiving the cassock in our US Seminary.

Do not forget the pilgrimages to Ecône in June and to Lourdes and other shrines at the end of October. See the January 2020 monthly letter for details.