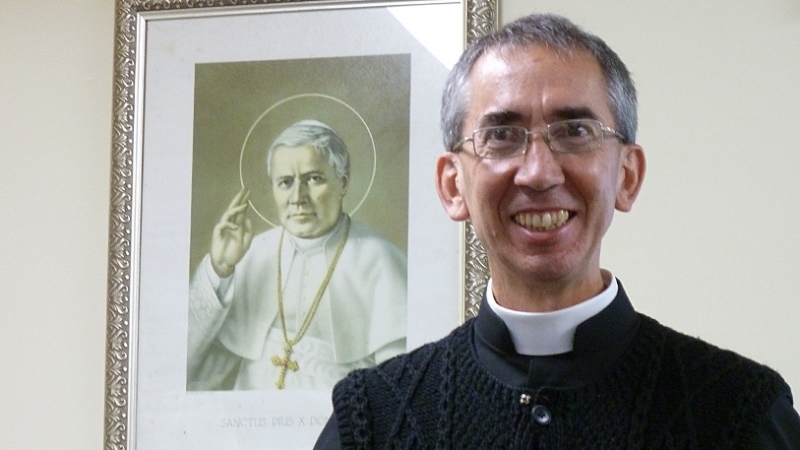 A recent study has been done on the degree of perseverance in the practice of the faith among young people in some of our chapels. It concerns a little more than 200 young boys and girls over a period of 17 years (1985 - 2002). The perseverance of our young people is really a universal problem that we must address, both priests and parents. Faith is a supernatural gift, and since a gift is something received, it can consequently be lost. In so many of our families, few young people survive spiritually, that is, continue to practice their faith seriously when they reach adulthood. What must we do to ensure that they continue to practice their faith and stay on the arduous and narrow path that leads to Heaven? Parents must be mindful of what is most important to their children in their formative years and act accordingly.

This study considers precisely the various principal elements that played a role in the formation of these young people: the family, the example of the father, the school, the youth movement.

Let's start with life at home: 85% of the children of a happy marriage continue to live their faith, while 58% of young people in an unhappy marriage do not practice it anymore.

For those who received all their education in our schools, 85% continue to practice the faith, with only 15% falling away. On the other hand, among those who did not attend a traditional school at all, 61% even stopped attending Sunday Mass.

And when we consider these three criteria together—a happy marriage, a traditional Catholic school and a serious youth movement—we reach a perseverance level of 98.6% among these young people! It's impressive! Only 1.4% of young people who have been influenced by these three powerful elements no longer practice their faith. “Qui potest capere, capiat,” i.e., He who can grasp it, let him understand!

What transcends these three areas of family, school and true friends is without a doubt the practice of virtue based on sacrifice and effort, the formation of will and character. This study ends here, in these three areas, but it could also have looked into the percentage of vocations coming from these three groups. What are the most influential causes for the awakening of vocations? The family certainly comes first, followed by the school and serious youth groups.

Shortly after Christmas, our Superior General made specific reference to this, giving one of the keys to the mystery of a vocation:

“I am convinced that the true solution to increase the number of vocations and their perseverance, does not reside primarily in human and, so to speak, ‘technical’ means, such as newsletters, apostolic visits or publicity. First of all, a vocation needs to hatch in a home where Our Blessed Lord, with his Cross and His priesthood, is loved. A home where there is no spirit of bitterness or criticism towards priests. It is through osmosis, through contact with truly Catholic parents and priests deeply imbued with the spirit of Our Lord Jesus Christ that a vocation awakens. It is at this level that we must continue to work with all our strength. A vocation is never the result of speculative reasoning, or from a lesson we have received, with which we intellectually agree. These elements can help someone answer God’s call, but only if we follow what we said earlier.”

A soul that wants to devote itself to God wants to devote itself by that very fact to the work of the Redemption, to the salvation of souls. But the Redemption was made by the Cross of Our Lord Jesus Christ. This soul must, therefore, have the will to sacrifice itself for this sublime cause; it must have the spirit of sacrifice, of renunciation; it is inevitable. And, Father Pagliarani rightly tells us, it must first come from the family, from the example of the parents, from the love of the Cross in the hearts of the parents.

This is exactly what Archbishop Lefebvre preached 40 years ago in the presence of 20,000 people during his Golden Jubilee. After having described the fruits of the Holy Mass, especially in Africa, he goes back to the profound motives of the transformation of society by the Holy Mass: "It is sacrifice."

“The notion of sacrifice is a notion profoundly Christian and profoundly Catholic. Our life cannot be spent without sacrifice, since Our Lord Jesus Christ, God Himself, willed to take a body like our own and say to us: “Follow Me, take up thy cross and follow Me if thou wilt be saved.” And He has given us the example of His death upon the Cross; He has shed His Blood…

“The comprehension of sacrifice in one’s life, in daily life, the understanding of Christian suffering, no longer considering suffering as an evil, as an unbearable sorrow, but sharing one’s sufferings and one’s sickness with the sufferings of Our Lord Jesus Christ, in looking upon His Cross, in assisting at the Holy Mass, which is the continuation of the Passion of Our Lord upon Calvary.

“Once understood, suffering becomes a joy and a treasure because these sufferings, if united to those of Our Lord, if united to those of all the martyrs, of all Catholics, of all the faithful who suffer in this world, if united to the Cross of Our Lord, they then become an inexpressible treasure, a treasure unutterable, and achieve an extraordinary capacity for the conversion of other souls and the salvation of our own. Many holy souls, Christians, have even desired to suffer in order to unite themselves more closely to the Cross of Our Lord Jesus Christ. There you have Christian civilization.”

Let us, therefore, do the same and we will see our young people persevere and bring forth numerous vocations!

Happy and Blessed New Year to all, and Paradise at the end of your life!