November 2021 - Letter to Friends and Benefactors: "Morality of vaccines" 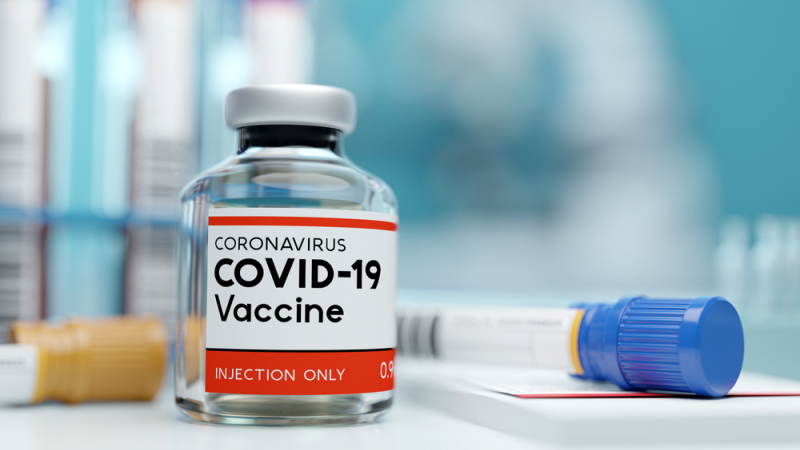 One of the burning questions of today is that of vaccines. Many of the priests have been responding to various questions and I would like to use this letter to respond to some of the most common questions.

Does the government have the power to impose vaccinations?

The simple answer to this question is no. Parents have the right to decide what medical treatment their children should receive, and adults have the right to decide for themselves.  For example, an adult who is offered extraordinary treatment to cure a disease may prudently desire to turn it down depending on the circumstances. But, when an English judge decided against the wishes of Alfie Lamb's parents that he should be denied life-support, he was trampling on their rights, because it was up to them to decide, not the government. In fact, medical treatment could only be forced upon a person who is convicted of a crime.

Does this mean then that vaccine mandates are an abuse of power?

Yes. Furthermore, mandates that force unvaccinated employees out of their job and without Employment Insurance are gravely unjust.

What is the correct attitude towards an abuse of power?

We should note first that the power of the state or of the Church is not the same as the power of that of parents. Parents have dominative power over their children. They can command their minor children to do anything except sin. The State and the Church authorities have legal power which is limited. Bob's dad can tell Bob at what time he has to go to bed, but the government can't tell Bob or Bob's dad at what time to go to bed.

Saint Thomas Aquinas sums up the teaching of the Church on how we should treat an unjust law[1]. The laws of God can never be unjust (for He Himself is the rule) and so we are always bound to obey them. The laws of man however can be unjust either because opposed to God’s Law or because damaging to some human good. If an unjust law is opposed to God’s Law, it cannot be observed even if we had to pay with the price of our life. Saint Thomas More was ordered to recognise Henry VIII as head of the Church. This was a lie and therefore against God’s Law. He chose to be put to death rather than to lie.

If however the law is not directly opposed to God’s Law, but simply very burdensome, or intended by the lawgiver for some ulterior motive, or quite simply, something that the lawgiver has no power to command, this law does not oblige in conscience. If the government required me to have my children take part in secularist propaganda classes and I refuse; although I am disobeying the law, it is not a sin.

Note the difference: if the unjust law goes against God's law, I may not obey it. But if it is not directly against God's law, I am not bound to obey it, but I must make a judgement. If submitting to the law would lead to a greater good, then I may submit to the unjust demand. This is what are Blessed Lord meant when He said, “if a man were to take away thy coat, let go thy cloak also unto him.” (Mt. 5, 40)He gave us the example in this when he submitted to the unjust sentence of the high priests and of Pilate and gave Himself to die in order to save us from our sins.

I can see that the Government has no right to force me to take the vaccine, but should I not do so anyway?

There is a serious moral question about taking the vaccines commonly available against COVID-19 which concerns the fact that they have been elaborated using cells obtained from babies who were murdered by abortion. We will consider that aspect later. For the moment let us make abstraction and suppose that the vaccines did not have a moral difficulty of this kind.

In order to decide for myself and for my children whether to take the vaccine, I must use the virtue of prudence. Prudence is an intellectual and moral virtue by which we make decisions which will lead to our goal, and ultimately to our final goal. Before undergoing a medical treatment, I should weigh up: what are the pros and cons of taking the treatment and of not taking the treatment? How likely am I to have a serious illness if I catch the virus? How likely is the vaccine to stop me from having this serious illness? How likely am I to have one of the grave side effects associated with taking a particular vaccine? I will consider all circumstances such as my age, state of health, my necessity of providing for others, the pressure being put on me by my employer to take the vaccine to keep my job, my duty to the common good and how I might contribute to it by refusing an unjust command.

The vaccines are elaborated based on cells obtained by abortion. How could I possibly take one?

We can consider this question in itself and in the concrete circumstances.

In itself. To commit a sin is evil, but it is not necessarily evil to have something to do with sin. Simon helped the deicide murderers by carrying the instrument of death to Calvary for them, but it was no sin. Just as it is not necessarily sinful to receive a skin graft from a murdered person, neither is it necessarily sinful to receive stolen goods. Normally, I should not, but if I am starving, it would not be immoral to receive a stolen toonie to turn into food. This explains why it may be justified to receive the vaccine provided that there is a sufficiently grave reason. Theology calls the principle involved “the principle of the double effect.” I may do an act which has a good as well as evil effect as long as 1) the act is good in itself or at least indifferent, 2) its immediate effect is good, 3) my intention is good, and 4) I have a proportionately grave reason for acting. An example would be a musician in orchestra which is playing for an immoral movie. He is indeed co-operating in evil (the immoral movie), but what he himself is doing (playing the oboe) is not evil. He is free from sin if he has a proportionately grave reason (e.g., he can’t get another job to support his family).

In the concrete, the mass vaccination of the world's population based on these vaccines serves to legitimise and normalise the crime of abortion. That is why, the correct thing to do would be for the authority within the Church to declare a boycott of these vaccines which would inevitably lead to the development of untainted vaccines insofar as these are necessary. But in the absence of this command from authority, I must judge for myself seeing how the support given to abortion which is material only (i.e. I do not actually take part in the crime of abortion, nor do I agree with it, but I benefit from it against my will, as it were) may be justified by a proportional reason.

Then why doesn’t the SSPX declare a boycott?

Because the SSPX is not the authority within the Church. It is a society of common life which has supplied jurisdiction only over the faithful.

Does the SSPX support those who seek exemptions from the vaccine mandates?

Absolutely. There are two moral principles which justify an exemption to the imposed vaccine. The cooperation in the crime of abortion and the fact that taking a medical treatment must be of the free choice of the person and not imposed under duress. In annex is given a document which explains to employers and others the reasons why a traditional Catholic may justly and truly have a right to an exemption – which is in fact nothing other than a vindication of his or her rights.

Why doesn’t the SSPX alert the faithful to the fact that the vaccines are a) very dangerous, b) altering human DNA, and c) simply a means of ushering in the New World Order?

All these claims are as may be and each is free to have his opinion about them. But it is outside the remit of a priest to make judgements and teach the faithful about the efficacy or safety of vaccines. Similarly, while it is both theologically and historically certain that a world rejecting Christ must needs be going to hell in a handbasket, it is a disputed question whether the vaccine is an integral part of the basket and each priest is free to have and express his opinion outside the pulpit.

An article recently published by the SSPX says that we should take the vaccine out of charity?

The article says that there are cases where charity may lead us to take the vaccine. The case where it was, by hypothesis, the only way for a priest to gain access to a person dying without the sacraments is an obvious case where the material countenance to a crime of abortion would be clearly justified by the principle of the double effect; and any possible side effects to health would be governed by the principle that I must always prefer the urgent spiritual good of my neighbour to my own bodily health. But to conclude from that but therefore all taking of the vaccine is charitable would be the same mistake as he who concludes that just because all salmon are fish, the fact that this is a fish must make it a salmon.

But he doesn't mention the cases where we should not take the vaccine?

The article is making one point: it is morally allowable to take the vaccine in certain cases. The fact that it doesn't mention the cases where it would be appropriate to refuse to take the vaccine, either because it is not justified on moral grounds (following the principle of the double effect), or because there is risk of serious damage to health, or because the common good can be best pursued in a particular case by a group of people refusing to submit to an unjust command, doesn't mean that these are excluded. This would be proof by lack of evidence.

But the Pope says that we should take the vaccine?

Pope Francis says some things that are true, and many things that we should either abhor, question, or take with a grain of salt. This particular one simply concerns the Pope speaking out of turn. To say that we should take the vaccine implies a whole series of judgments of fact which as vicar of Christ, the Pope has got no expertise to make. As mentioned above, he should instead order a boycott, and condemn the unjust overreach of civil governments.

What is the practical conclusion?

It is not in itself a sin to take the vaccine; there is no order from the pastors of the Church to boycott the vaccine; I am not obliged in conscience to follow the unjust orders of the government to be vaccinated; and I must act prudently taking into account all of the circumstances. Each Catholic must, before God, make a supernaturally prudent decision, consulting his confessor as necessary. If I make a decision before God with no desire of worldly gain, I can be at peace, and no-one should make a rash judgement.