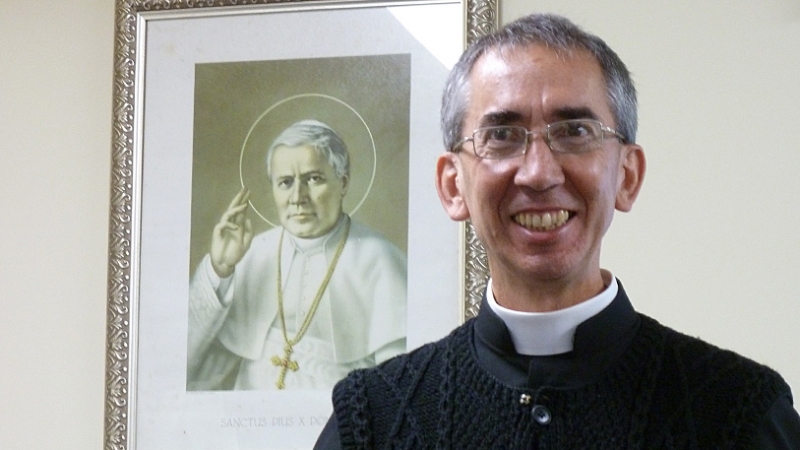 Pope Francis has made a deal with China concerning the appointment of bishops, and at the same time acknowledging that the bishops of the Chinese Patriotic Association, which is run by the Communist Party, are in communion with the Pope. Not only this is a real tragedy for the persecuted Chinese Catholics, but it also comes at a very awkward time, since persecution against the Catholic Church has even increased in the last few months. We know from our catechism that four elements are needed for the validity of a sacrament: matter, form, minister and intention, and if one of these is lacking, the sacrament is be invalid; if one is doubtful, the sacrament is doubtful.

Now, it is a fact, known from reliable sources, that in the Chinese Patriotic Church, there is a common doubt on the validity of their own episcopal consecrations, and consequently of the priestly ordinations. The proof of this is that some Patriotic priests do get re-ordained by underground bishops, and some Patriotic Bishops also have asked underground bishops to re-consecrate them. What are the grounds for this theological doubt concerning the validity of the sacrament of Holy Orders?

Bishop Li, underground bishop of Luoyang, whose tomb was recently profanated, wrote a document, in the 1990s, arguing for the clear invalidity of these ordinations. Although some of his arguments are not really Thomistic (concerning the intention of the minister, but the Chinese clergy is not well trained in a scholastic fashion), the least we can say is that they cast a serious doubt on the validity of the ordinations.

Based on the testimony made to Bishop Li of two of the first four bishops who started the lineage of the Patriotic bishops in 1958, there are at least two serious grounds for this doubt. One of these bishops admitted having simply omitted the exact words of the form of the consecration of bishops. (If one wants, under duress, to ‘sabotage’ the sacrament, this can be easily done -- it simply requires skipping a few Latin words of the form, and the sacrament becomes invalid.) The other bishop admitted having had an explicit contrary intention during the consecration ceremonies. Based on these two testimonies, one could conclude the clear invalidity of the episcopal consecrations that these two have performed, but we have to remember that there are usually three bishops for an episcopal consecration (but it is not always possible in China) precisely to assure that at least one of them will do it right.

And then, in their first five years, from 1958 to 1963, about 52 bishops were consecrated for this new schismatic church. So, things do get complicated. This is China, do not forget! That is why we can only conclude at least a doubtful validity and not a clear invalidity. This explains why, it is known that priests and bishops of the Patriotic Church have asked to be re-ordained and re-consecrated.

Pope Francis, following Pope John-Paul II, seeks the unity of the Chinese Catholics, those of the Underground Church and those of the Patriotic Church. But can there be unity with a so-called Church that, besides having doubtful orders, accepts abortion and divorce? Because of the one child policy, a common answer of the Patriotic priests to women expecting their second child and seeking advice is: “I understand your terrible dilemma. Have the abortion: I will take your sin on me.” On the contrary, good underground priests will encourage women to be prepared to change city and province in order to keep their second or third child, or to pay the heavy fine.

Back in 1996, while in Manila, Pope John-Paul had urged the Chinese Catholics to forget their past divisions, and to unite. But how can there be unity with a church run by the Communist party and which does not officially observe the Ten Commandments?

Pope Francis stated that the underground church, which, by the way, is the only true Catholic Church in China, will suffer as a result of this deal. "It’s true, they will suffer. There is always suffering in an agreement," the Pope said.

How can these popes ignore almost 70 years of labor camps, tens of thousands of bishops, priests and generous faithful imprisoned, tortured and martyred for their faith and their love of the Roman Catholic Church? I urge you to read the story of Mrs. Rose Hu (+ Oct. 13, 2012), entitled “Joy in Suffering” (available at the Canadian district house for $20) it will give you an idea of the communist tactics to destroy the faith. Mrs. Hu, who died as a professed member of the SSPX Third Order, spent 26 years in Chinese labor camps and wrote her memoirs at the request of her spiritual director, Fr. Aidan McGrath, the priest who brought the Legion of Mary into China in the 1940s. I encourage you to watch the brief interview she made in 2003, followed by an interesting parallel between the doctrine of new mass and the communist ideas. https://sites.google.com/site/credo2019/communist-persecution

In the present deal with China, it appears that the only cause of division is in the appointment of bishops. On September 25, Cardinal Parolin, the Secretary of State said, "Today, for the first time, all the bishops of China are in communion with the bishop of Rome.” Incredible! What separates us from the Chinese Patriotic Church is much more that just the question of bishops’ appointments. It is the whole Roman Catholic Faith, the validity of the sacraments, the Ten Commandments, the nature of the atheistic communist regime, and much more!

Pope Pius XI was very clear in his encyclical against Communism in 1937: “See to it, Venerable Brethren, that the Faithful do not allow themselves to be deceived! Communism is intrinsically wrong, and no one who would save Christian civilization may collaborate with it in any undertaking whatsoever. Those who permit themselves to be deceived into lending their aid towards the triumph of Communism in their own country, will be the first to fall victims of their error” (Divini Redemptoris, n. 58).

What we are living now is yet another page confirming the warnings of Our Lady of Fatima about the spreading of Communist errors throughout the world. Let us heed her message, pray the rosary daily, especially during this month of October, and storm heaven for the consecration of Russia, which stills needs to be done.

The movie, THE VATICAN DECEPTION, will have a Worldwide Release, on October 13. The documentary aims to inform Catholics while supporting the SSPX. A substantial percentage of the film’s profits have been generously donated to the SSPX. Price: $4.99US. Where to pre-order: www.TheVaticanDeception.com